The City of Conroe is a member of Texas Municipal Retirement System (TMRS) a statewide, multiple employer agent plan. In an agent plan, each participating government's pension is centrally administered and governed by state statutes but the assets and related pension liabilities for each government are accounted for separately and any unfunded liabilities are solely the obligation of that government. The City of Conroe has chosen from a menu of plan options as authorized by the TMRS statute. The City of Conroe’s plan provides the following benefit level:

Upon retirement the employee account balance including interest is combined with the employer match to price a lifetime annuity based on the employee’s age at retirement.

Behind the Pension Numbers

Information on investment strategies and results are available in the investment section of TMRS’s Comprehensive Annual Financial Report (CAFR) at https://www.tmrs.com/financial_reports.php (pages 58-69). If TMRS does not earn its projected rate of return, assets will be less than expected and the City must make up the shortfall through increased contributions.

Additional information on actuarial policies including valuations and experience studies validating assumptions used can also be found at the site above. If unrealistic actuarial assumptions or methodology are used, actual liabilities could be higher than projected and the City would be required to make up the shortfall with additional contributions.

Information on the City’s commitment to fund its pension liabilities and funded status of those liabilities is provided on this page and in the City’s CAFR, located here.

Interested parties should also note that TMRS employs two separate actuarial valuations: 1) a funding valuation to calculate the City’s actuarially determined contribution and 2) the Governmental Accounting Standards Board (GASB 68) valuation which is used for financial reporting purposes and is reported in the city’s CAFR. Similar in many ways, the primary difference between the two valuations is that the funding valuation uses a smoothed actuarial value of assets and the GASB 68 valuation utilizes fiduciary net position based on a market value of assets on the reporting date. 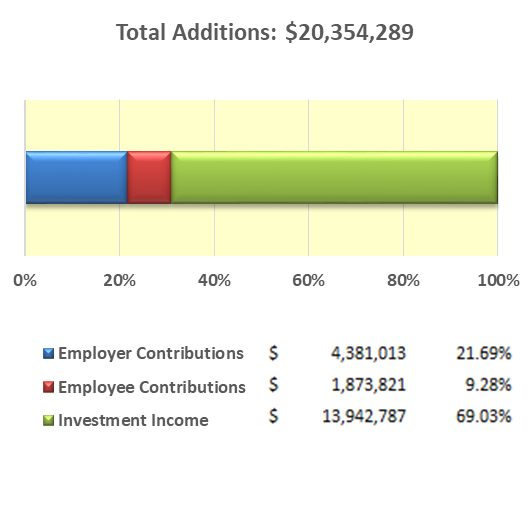 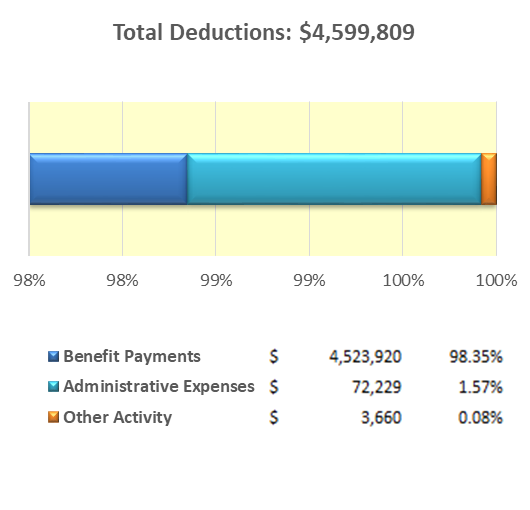 Additions and Deductions of Net Position 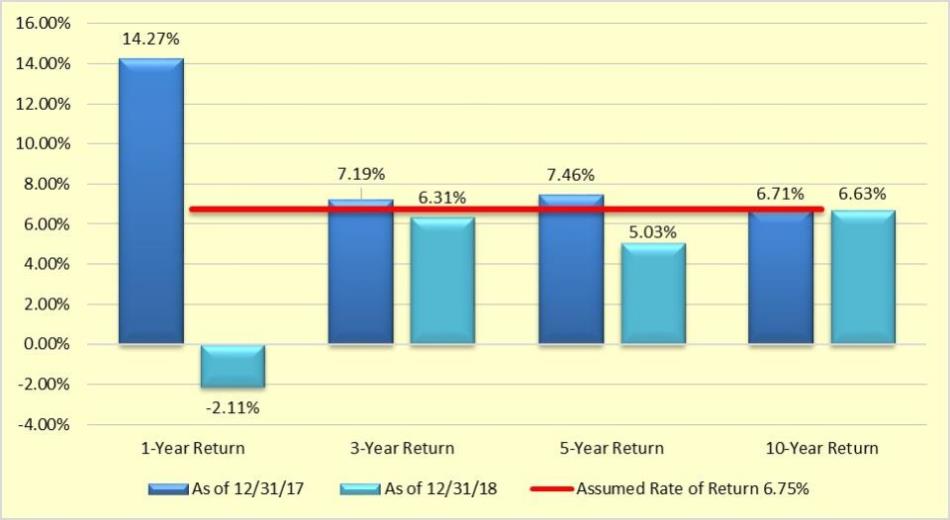 To accomplish this rate of return, TMRS employs the following asset allocation:

The Board of Trustees recognizes that the most important determinant of long-term return and risk is the asset allocation decision.  The Board’s strategic target allocation is intended to reflect, and be consistent with, the return objective and risk tolerance expressed in the IPS.  It is designed to meet or exceed the Board’s objectives at a controlled level of risk and liquidity that is acceptable to the Board.  In establishing its risk tolerance, the Board considers its ability to withstand short and intermediate-term volatility in investment performance and fluctuations in the financial condition of the fund. 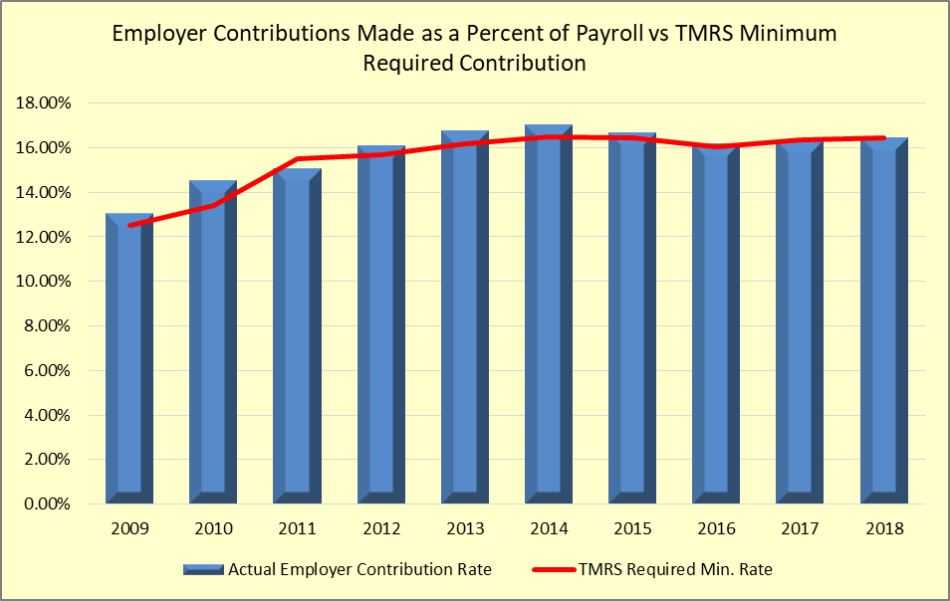 As illustrated above, the City has a long history of contributing its actuarially determined contribution and will often contribute more than this amount as it eliminates future interest costs, improves funding percentages and provides a cushion of protection against rate volatility.

Actuarial valuations are used to determine the amount that, when combined with investment earnings, should be consistently deposited into a retirement fund to ensure sufficient funds to pay promised benefits in full and over the long term.  Actuarial valuations also show the plan's funding progress.

TMRS Rate Letters
Rate letters are issued by TMRS, and provide the contribution rate for the following calendar year, a summary of the pension plan funding and position, and information on changes that affect the plan.