"STRIVING TO MAKE AN IMPACT" 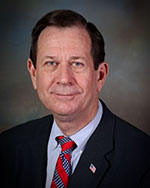 I fully realize that no one is comfortable doing business with a Municipal Court. I also realize that while we may be considered a criminal court, most of the people we deal with are not criminals. They are just ordinary citizens who made a mistake. Anyone who drives makes mistakes, including law enforcement officers. Some folks are just unfortunate enough to get caught.

So, why do we have traffic laws and a police department vigorously enforcing those laws. The answer is simple; public safety! Can you imagine the wrecks, injuries, and fatalities we would have if the police suddenly stopped giving traffic tickets, or if the Municipal Court quit prosecuting those tickets? It would be chaos!

While Conroe continues to grow, and traffic numbers continue to increase, the number of fatalities and wrecks is actually on the decline. I believe this is the result of a combination of enhanced enforcement of our traffic laws, as well as public education and awareness. Our court has won four state-wide traffic safety awards for our efforts in educating juvenile drivers.

If you find yourself with a traffic ticket, you have several options available to you. These include asking for deferred disposition or the option of taking a DSC (drivers safety course, previously called
"defensive driving"), both of which will keep the citation off your record. If you believe you were unjustly ticketed, you have the right to plead "not guilty" and ask for a trial, either by a jury or judge. You may also come in and talk to me about your situation, but only if you plead "guilty" or "no contest".

Whichever way you choose to proceed, it is my hope that you will be treated fairly and respectfully. My grandchildren would tell you, that Grandpa always says, "Safety First"! Protect yourself, your family, and others, by obeying our traffic laws and driving carefully.